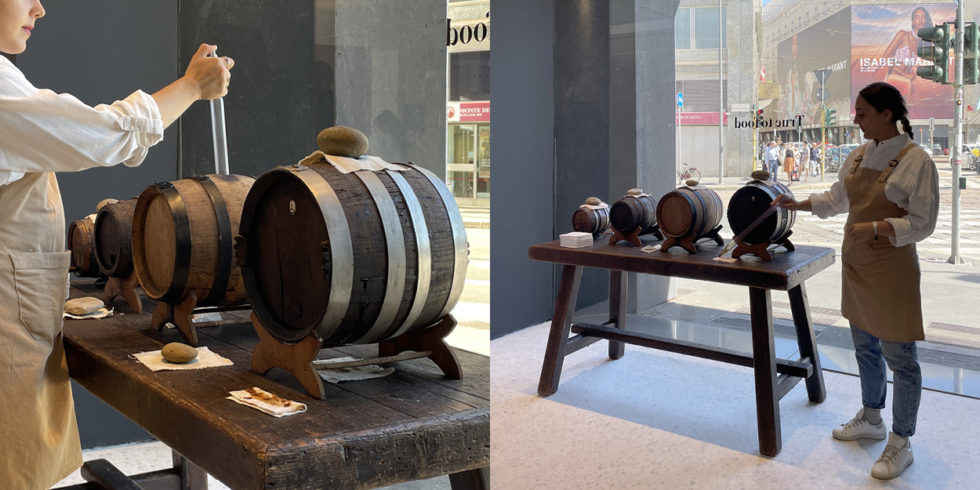 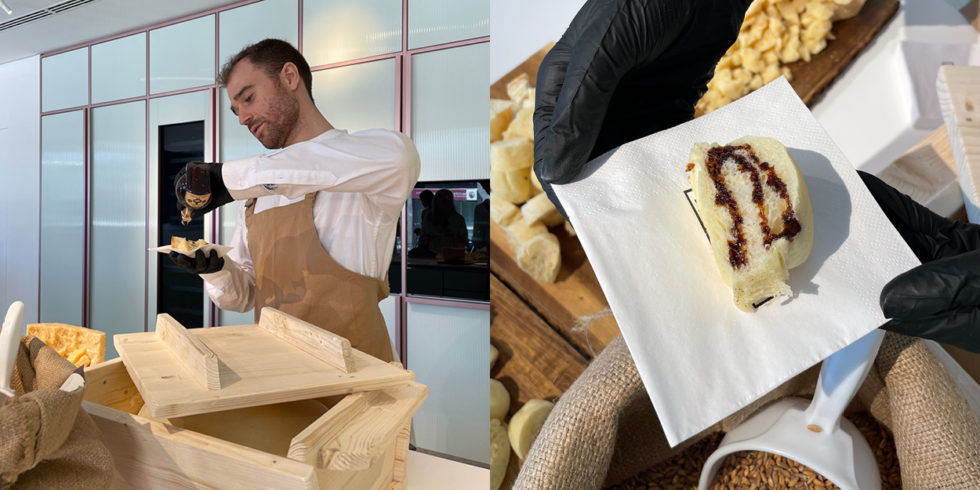 Dear friends,
tours to Villa Bianca are suspended in July.
See you soon,
the Biancardi team 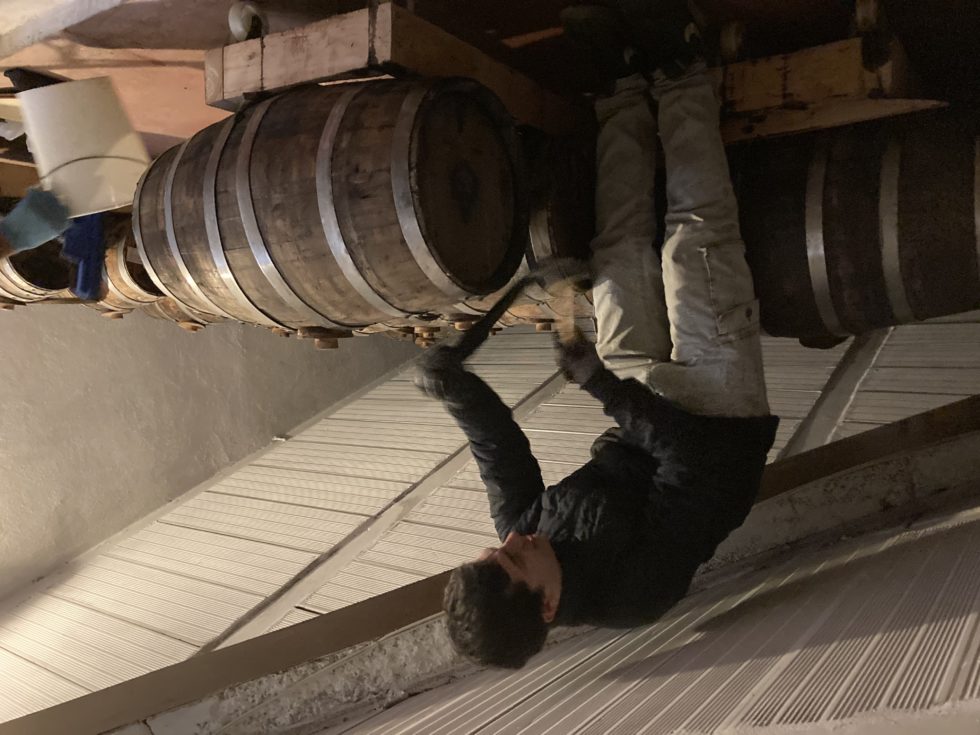 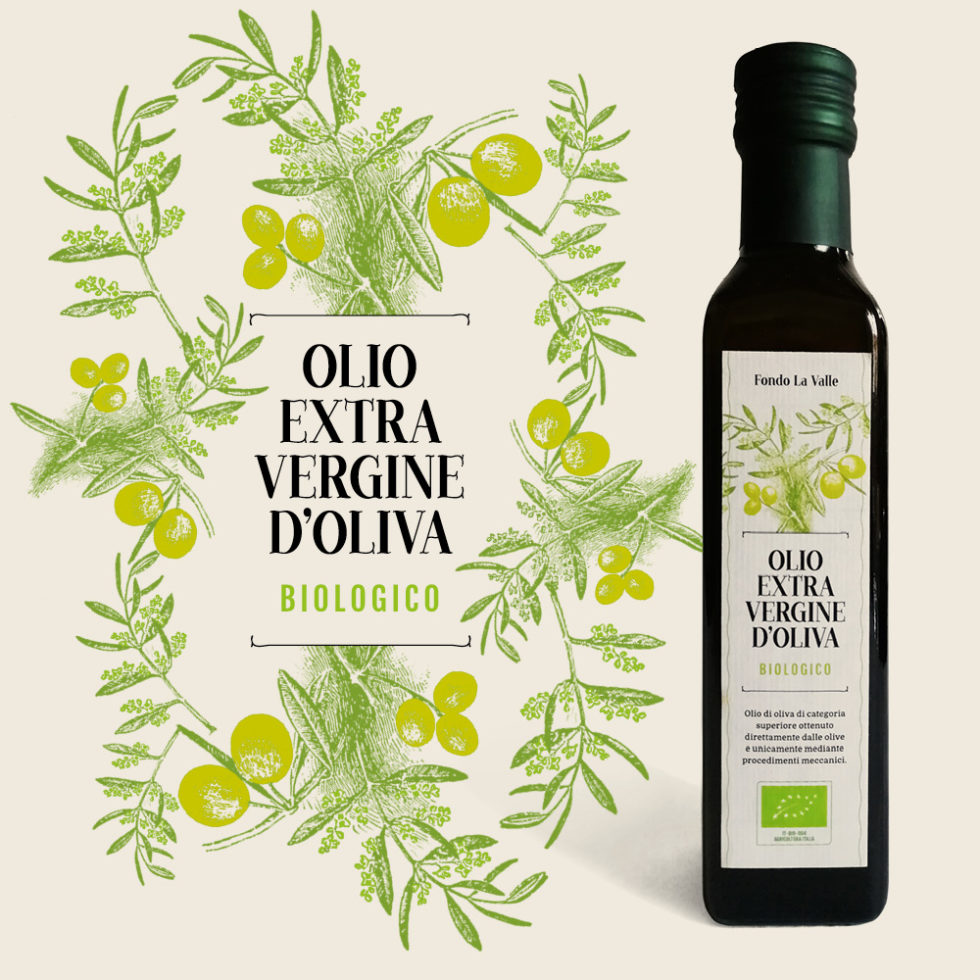 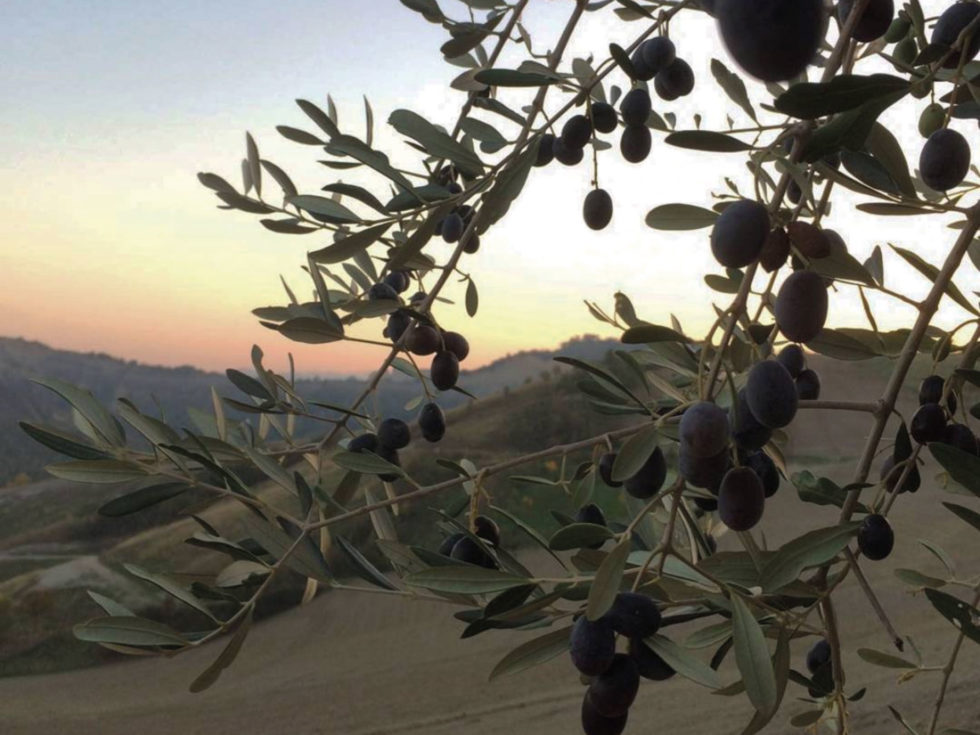 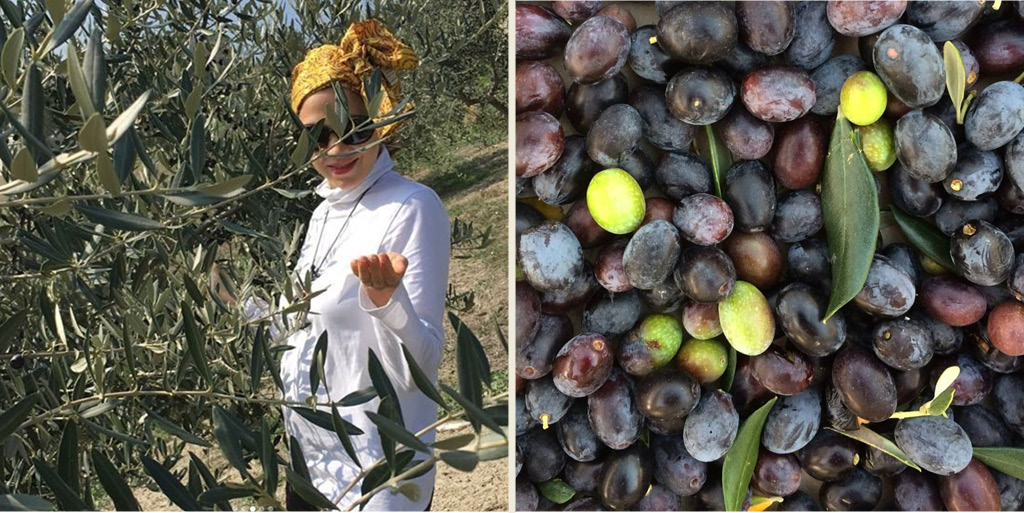 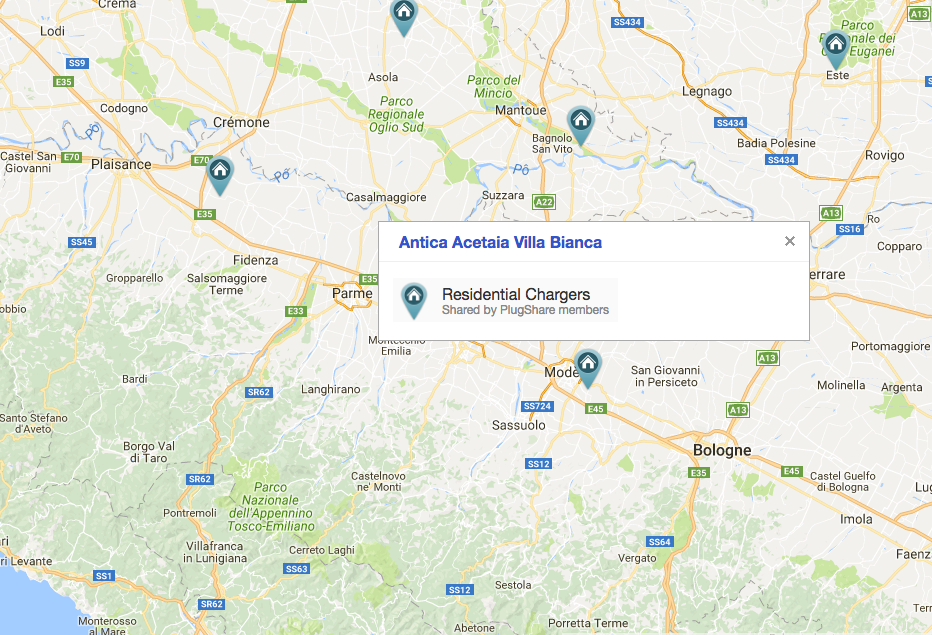 They came to visit us with their passion for good kitchen, with their constant research for the best ingredients, it was supposed to be a short meeting but it ended talking about everything immaginable about food…  Are you curious to know what our friends from Tortellini&CO say about us ? 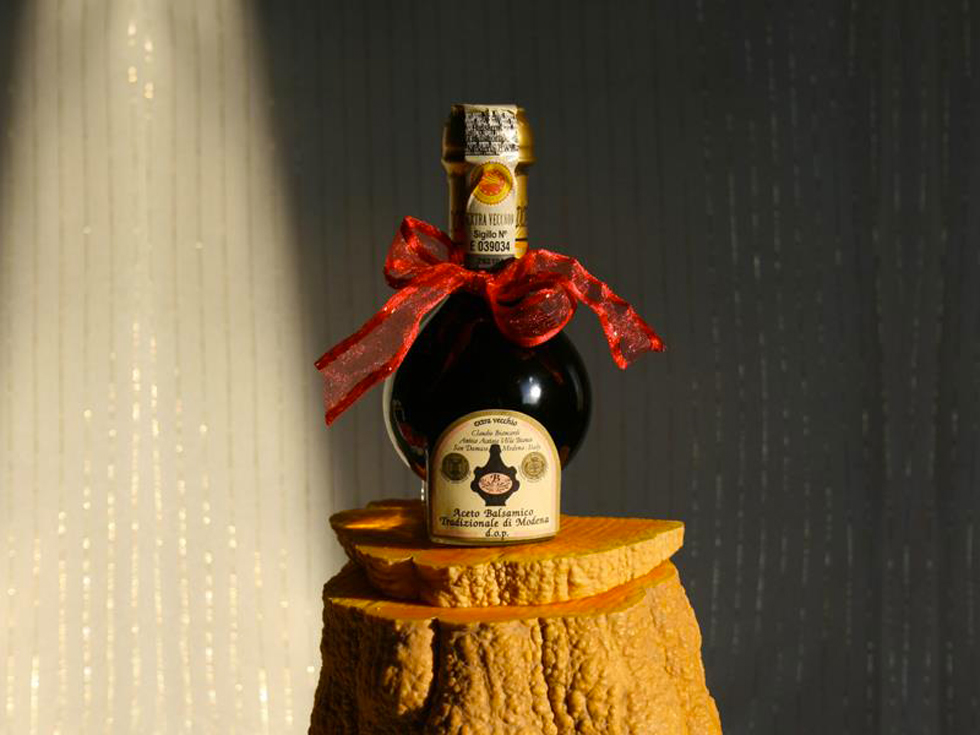 PREPARATION: Cut large slices of pumpkin, remove the seeds and cook in the oven at 200 degrees for 50/60 minutes approx until it becomes soft. Remove from the oven and take the pulp off with a spoon, place it in a bowl and mash with a fork until it is reduced to a purée. Join the 4 eggs already whisked with parmesan cheese. Add ricotta cheese, chopped walnuts, savory, salt and oil. Mix well. Pour the mixture into a baking dish and level with the back of a spoon. With the help of a fork draw horizontal and vertical strips. Beat 1 egg and brush gently over the entire surface. Sprinkle with bread crumbs, bake at 160 degrees for 40/45 minutes. Remove from oven and decorate … with Traditional Balsamic Vinegar of Modena. 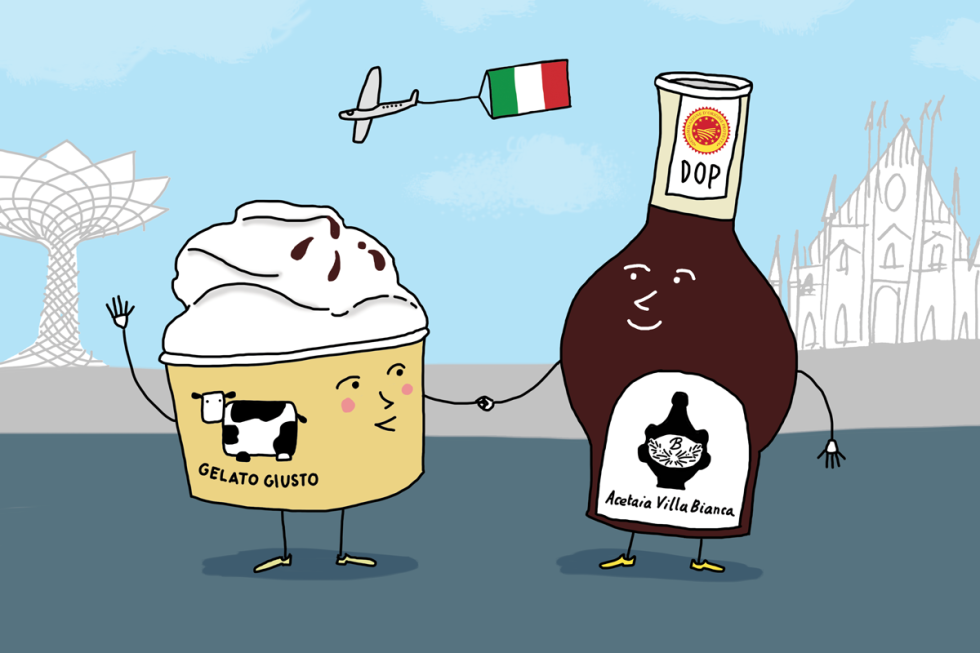 Where? A stone’s throw from Corso Buenos Aires, not far from the Central Station at the Gelato Giusto”. The ice cream shop, founded in 2007 by Vittoria B0rtolazzo, is considered by many the best «gelateria» of Milan (and probably soon also of NY!). Victoria graduated in London in 2007 at the Academy of French pastry «Le Cordon Bleu» and his ice cream is characterized by authenticity of raw materials, respect for the ingredients and imagination in the combination. It is a real artisanal product, as well as our Traditional Balsamic Vinegar of Modena P.D.O.. 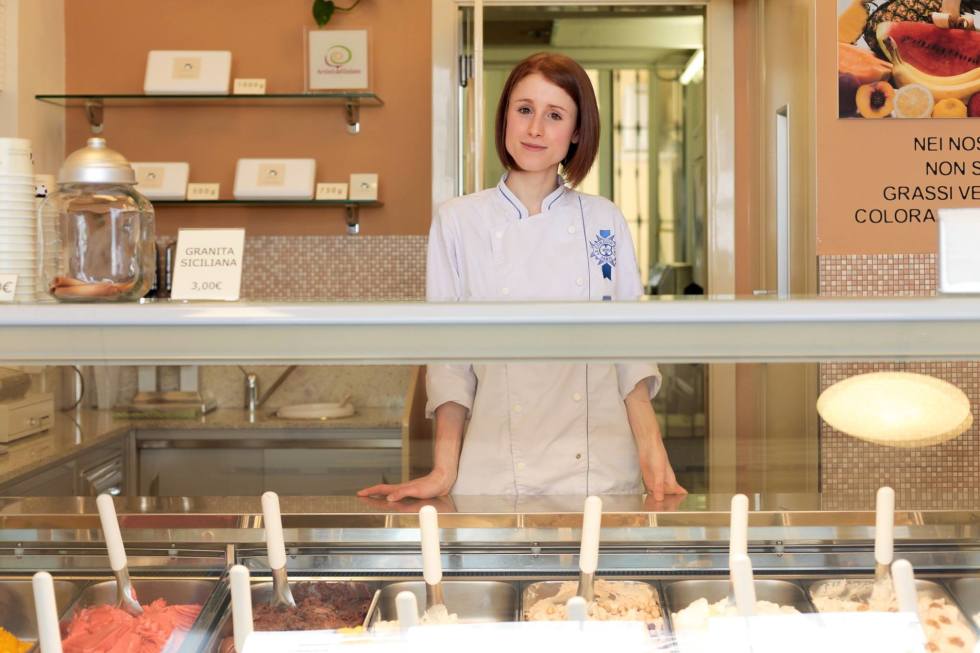